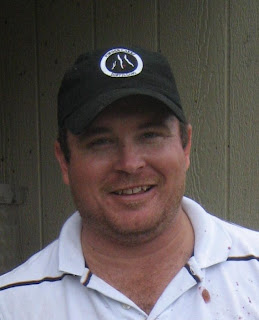 Last time we discussed the process of making our grape-based vodka. We also plan on making whiskey in a variety of styles. Where the vodka is distilled from grape wine, whiskey is distilled from a grain mash, at a much lower proof, so as to maintain the flavors of the grain.

The spirits category of “Whiskey” encompasses several different products, including:

Bourbon – Bourbon must be made from a mash of at least 51% corn, the remainder split between either wheat or rye, and barley malt. It also must be aged in a new charred oak barrel.

Corn whiskey – Corn whiskey must be made of at least 80 percent corn and can be sold without any barrel aging.

Rye whiskey – this is probably the oldest type of whiskey produced. Rye fell out of favor with the American public, but has seen a resurgence in popularity over the last few years. Rye must be made from a mash of at least 51 % rye grain, the remainder being corn and barley malt.

Canadian, Irish or Scotch Whiskey – These Whiskies are distinct to their countries of origin and subject to their respective laws regarding the methods for manufacturing them.

What is Malt?
Malt is grain (most often referring to barley, but can be other grains) that has been soaked to make it germinate. Then it is dried and ground. Malt contains enzymes that when added to cooked corn, rye, or wheat in a mash, converts the starch into sugar. The yeast then turns this sugar into alcohol and carbon dioxide.

Our process…
We will bring in the raw whole grains from local farms. Some will be malted and dried or smoked in our malt kiln. We will then mill them into a fine meal. After milling, we will cook the grain in our mash cooker using water from the spring on our property. We will cook the grains to produce a thick starchy mash. As the temperature falls in the mash, we will add barley malt, to turn the starch into sugar. After the mash has cooled, we will put it into our fermentation tanks, and add our jug yeast, that has been previously prepared. After about 3 days of fermentation we will pump it into our pot still, where it is distilled and condensed making unaged whiskey or “white dog” as they say in Kentucky. We then cut it with spring water and age it in charred white oak barrels.

What sets our whiskey apart from other microdistilled whiskies?

There are a lot of whiskies being produced by microdistilleries today. We believe ours will be distinctive for several reasons. We intend to control most of the process ourselves by taking it from raw grain to finished whiskey, all onsite. We will avoid using commercial enzymes. We have also designed our still so that we can distill our whiskey in small batches using a true old fashioned pot still. Our methods will be more time consuming , but we will adhere to traditional methods and be doing true craft distillation.