Since we have been a bit negligent about maintaining this blog for the past several months, we feel it’s necessary to introduce ourselves and our spirits so you all can get a sense of who we are and what we do here. To start out the reintroduction process, some notes on our spirits from our Master Distiller, Thomas Earl.

(To get the real spirit of the spirits, try saying all of the following with an Alabama accent to truly emulate our Distiller Extraordinaire!)

Vintner’s Vodka, or the winemaker’s vodka, is made from a blend of local grapes. It is 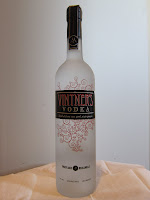 fruity and floral, with notes of orange blossom, cantaloupe, vanilla, and lychee. Says Thomas:“As a whiskey guy, I never understood why somebody would want to drink a totally tasteless liquor. That’s why we’ve created a vodka with taste. These local grapes sure do make some fine stuff!”

Vintner’s Wild Berry Vodka is made by macerating local strawberries, raspberries, and blueberries in our Vintner’s Vodka befor 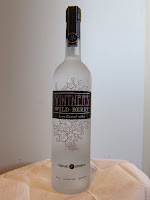 e a seconddistillation. Aromas of fresh-picked berries rise from the glass. Thomas says, “Boy, we took what was already good and made it even better, by adding fresh fruit. This stuff is so jammy, I believe you could put it on biscuits.” 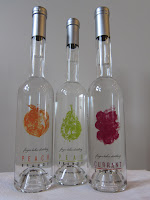 vie. We capture the true essence of the base fruit through distillation in our copper still. We were proud to be selected to re-create George Washington’s Peach Brandy at Mt. Vernon in October 2010. “We think George would be proud of our Peach Brandy,” says Thomas. “Our Pear Brandy has a butteriness to it that makes me want to put it in my grits, while the Currant has a nice flowery aroma to it, almost like lilacs.” 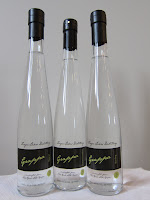 Muscat, Gewurztraminer, and Riesling Grappas are unaged pomace brandies made from locally-grown white grapes. We crush and ferment the entire grape- seeds, skins, and all- then distill to concentrate the flavors typically associated with those varietals. From our Master Distiller: “A lot of people think grappa is harsh and tastes like gasoline. Not ours. Each grappa is a true representation of the grape it came from.” 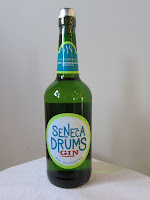 Seneca Drums Gin is an award-winning London-style dry gin, distilled from our own local grape spirit and a signature blend of 11 botanicals, including citrus peel, juniper, cucumber, clove, and anise. “I do not know how we got this stuff to taste so good,” muses Thomas. “It is extremely smooth and reminds me of a walk in the woods.” 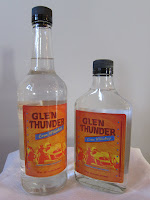 Glen Thunder is a true American corn whiskey. The aroma of this whiskey is reminiscent of pulling back the husk from an ear of sweet summer corn. Thomas says, “Corn whiskey is a true Southern favorite. This is an honest, true corn whiskey, made like they do it in the hills and hollers of south Alabama. It smells like Duncan Hines cake mix comin’ off of the still. Yankees beware, put some south in yo mouth!” 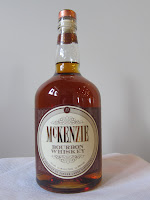 McKenzie Bourbon Whiskey is a very rich, double pot-distilled bourbon. It is aged in 10 gallon new charred barrels and finished in local Chardonnay casks, which gives the bourbon a round, buttery finish. “Some folks think you can only make bourbon in Kentucky. Bull. We went way back for this bourbon, double pot-distilling it and aging it at a lower proof for that good old fashioned bourbon flavor,” says Thomas. 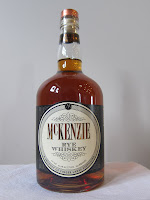 McKenzie Rye Whiskey is made from local rye grain, aged in new charred oak quarter casks, and finished in sherry barrels from local wineries. Notes of orange peel, cardamom, mint and butterscotch stand out on the palate. Says Thomas, “A fine, old-fashioned rye: spicy and full of character. See what ya’ll think; I ain’t feelin’ too poetic today.” 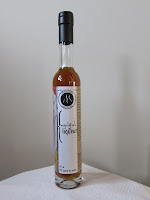 Maplejack Liqueur starts as an apple brandy made from New York State apples. It is aged in oak barrels and local maple syrup is added for just a touch of sweetness. “I just love our apple brandy,” Thomas says. “And then Brian said, let’s put some maple syrup in it. I thought he was crazy, but it made it even better. Tastes like pancakes with apples on top.”

Cassis, Raspberry, Cherry, and Blueberry Liqueurs are made in the same manner, by soaking t 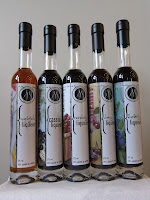 he fruit in a neutral spirit, then sweetening to taste. Each remains true to the character of the fruit, with no added or artificial flavors.

For the full official descriptions of our spirits, check out the “Our Products” section of the website- or stop by our tasting room in Burdett, New York and see for yourself!