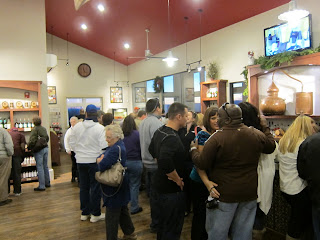 hen many shoppers were waking up early for the best deals on holiday gifts, FLD was having a Thanksgiving celebration of our own. We celebrated with free tastings, live music by local band Miller’s Wheel, and the premiere of a brand new McKenzie whiskey.

McKenzie Pure Potstill Whiskey, just $39 a bottle, is an Irish-style whiskey with a smooth, mellow taste. Bottled at 80 proof, it is incredibly sippable both neat and on the rocks. The whiskey is distilled from a mash of both locally-grown unmalted barley and malted barley, then aged in used Bourbon and Rye barrels for just over two years. Says Master Distiller Thomas Earl of the newest McKenzie whiskey, “Our Potstill is a richer version of the commercial Irish whiskies on the market. It’s full of flavor, but smooth as silk stockings.” 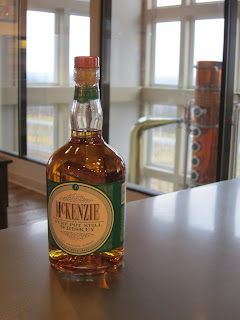 With the holiday season just around the corner, a bottle of McKenzie Pure Potstill is a great gift for the inexperienced whiskey drinker looking for an accessible entrance into the world of whiskey, or for the veteran whiskey drinker on the lookout for something new and different. Or, for the real whiskey buff, go the whole nine yards and treat them to the full McKenzie line. 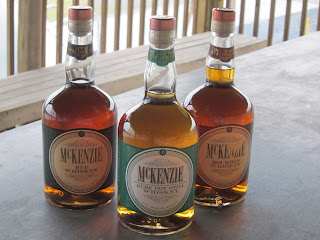 Although the cold season is upon us, FLD will be open 7 days a week all winter long. So stop by our tasting room for just the thing to warm you up!